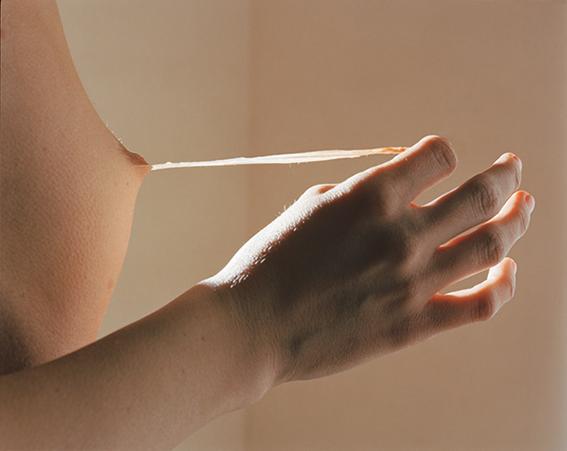 “Torbjørn Rødland: The Touch That Made You” is an exhibition initiated and organised by the Serpentine Galleries, London and curated by Hans Ulrich Obrist and Amira Gad. The project brings together a selection of over 40 photographic artworks and 3 videos realized between 1999 and 2016 by Norwegian artist Torbjørn Rødland. As Rødland explains, the title “The Touch That Made You” is connected with analogical processes: “the touch of the camera, the touch of the light hitting the film, the touch of the liquids running over the film during processing. I’m linking that to the stickiness and intimacy of certain motifs – these encounters between two individuals or between objects and bodies.”